Approximately 58% of Australia’s land is privately owned or leased for agricultural production. Sustainable management and farm practices are key to the long-term viability of the agricultural industry, and our land and ecosystems.

Farmers will always produce what people need, but by working with Landcare, farmers can be leaders in locally sustainable agriculture. The ACT Rural Landholders Association is a member of the Landcare community and together, helping each other, the ACT’s rural lands will remain as living proof of landscapes that conserve natural resources and are managed for productivity by farming families. Hundreds of sustainable production groups also operate in Australia, demonstrating the Landcare ethic and working towards sustainable agriculture outcomes. It’s important that we are working with rural landholders and farmers to protect and improve privately owned environments. 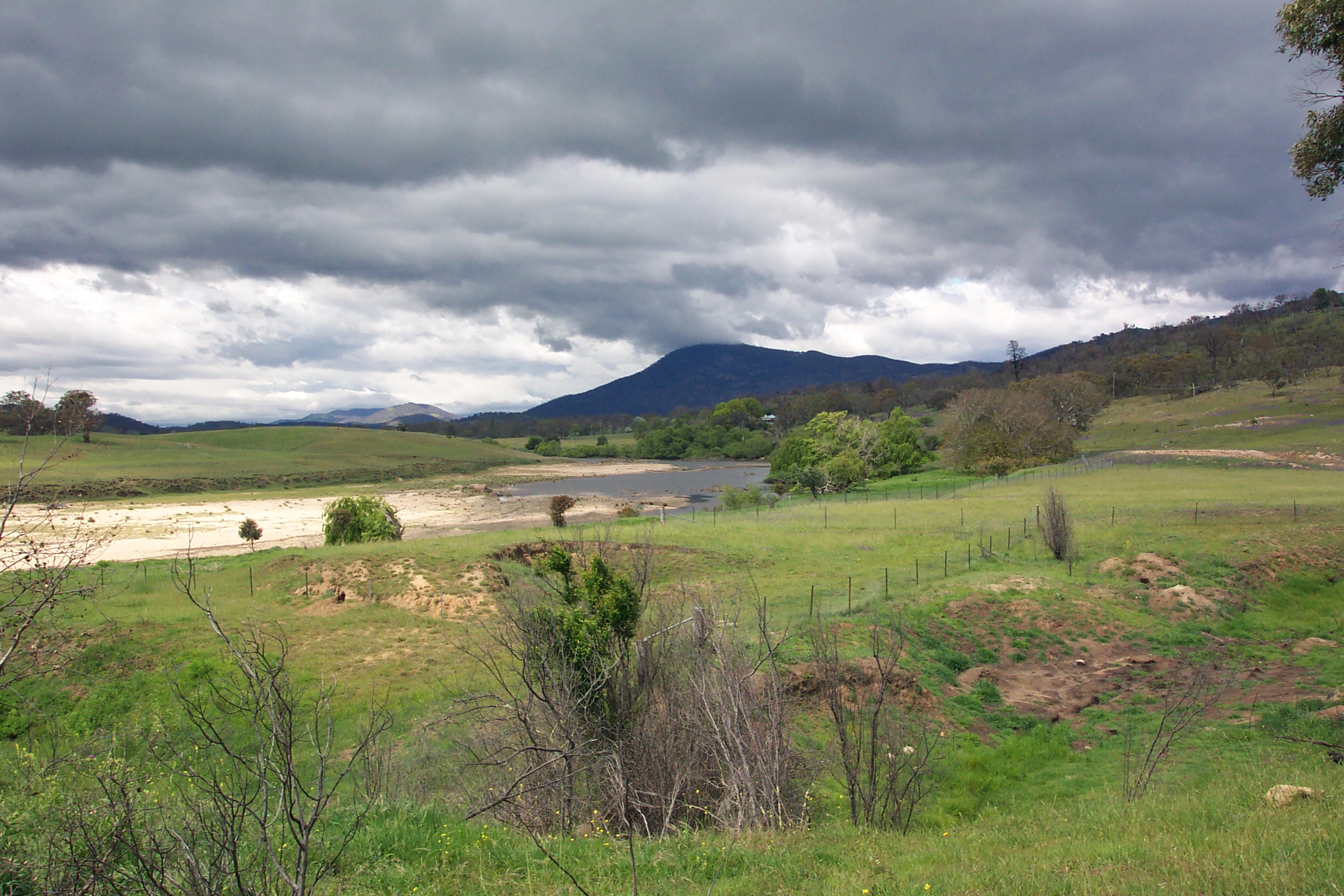 The early 1820’s were an era of European exploration within the Canberra region, previously known as the Limestone Plains. The first European explorers to the region were Joseph Wild, James Vaughan and Charles Throsby Smith who arrived at the Limestone Plains in 1820 and were followed by Joseph Wild, Major John Ovens and Captain Mark Curie who named Isabella’s Plain, the area now know as Tuggeranong, in 1823. The last expedition in the region was undertaken by Allan Cunningham in 1824. Cunningham’s reports confirm previous reports that the region was suitable for grazing, ‘being well-watered with extensive areas of land situated on either side of the rivers, containing very fine limestone, slate, sandstone and granite that could be used for building, and with sufficient timber for every useful purpose’.

European invasion of the Limestone Plains and surrounding area followed immediately thereafter. At the outset the region was dominated by large properties, used for sheep and cattle grazing, granted to free settlers who had arrived in Australia from the United Kingdom. These large properties would later be broken up and subdivided with smaller farms and urban developments becoming more common.

European invasion in the southern ACT catchment area didn’t occur until the late 1820’s. Homesteads were established in close proximity to natural watercourses such as the Murrumbidgee River, the Cotter River and Tuggeranong Creek. By 1835 the best land on the Limestone Plains was being rapidly occupied and settlement to the south was well underway.

During the period of European settlement ‘Tuggeranong’ was the original name for the Wanniassa and Lanyon area. In 1827 James Murdoch was the first settler in the Tuggeranong area to be issued with a land grant for an open plain which the local Aboriginal people called ‘Togranon’, meaning ‘cold place’. In 1829 the property was taken over by John McLaren, who named the property ‘Janevale’ and managed it as cattle station. By the mid 1830’s the property had change hands again to Colonel Thomas Macquoid who built the original homestead, known as ‘Wanniassa House’ (completed in 1836). From 1857 to 1887 the Tuggeranong property became the centre of Andrew Cunningham’s sheep stud activities and the flocks from all of Cunningham’s properties were shorn in the sheds at Tuggeranong Homestead. After Cunningham’s death in 1887 his sons James and Andrew Jackson Cunningham operated Tuggeranong and Lanyon in partnership, with James at Tuggeranong and Andrew at Lanyon. In 1917 the property was commissioned by the Commonwealth Government as a military arsenal until it was leased out and farmed by Timothy McCormack in 1927.

During the period of Commonwealth management historian Charles Bean and his staff worked from the homestead to write and edit the Official History of Australia in the War of 1914-1918. Today Tuggeranong Homestead is located in the suburb of Richardson and as Canberra suburbs have been developed on much of the original property the remaining 65 acres of land has been heritage listed and preserved. The site is leased and operates as a conference and event centre. It currently hosts the Tuggeranong Homestead markets on the first Sunday of every month and continues to attract visitors from all around the region.

Lanyon is an historic homestead and grazing property located just beyond Canberra’s most southerly suburbs. The site was first occupied by Timothy Beard, who grazed his cattle on the Limestone Plains as early as 1829. Beard was unable to continue grazing when the land was granted to James Wright and John Lanyon in 1835. Wright and Lanyon, with the help of convict labour, established an orchard, vegetable gardens, planted wheat, purchased sheep and cattle and set up a dairy herd. In 1836 Wright’s eldest brother William arrived and purchased adjoining land. The first buildings of the Lanyon estate were built in 1838 with the current Lanyon Homestead being built after the purchase of the property by Andrew Cunningham in 1848. 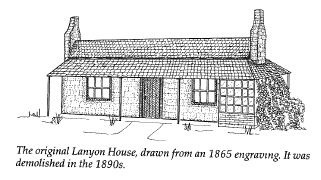 The original homestead was constructed in 1859 with small windows and thick walls, partly to safeguard against attacks from bushrangers who were runaway convicts who hid in the hills beyond Tharwa. Cunningham had acquired five properties by the time he died and these were distributed to his sons James and Andrew Jackson Cunningham. Andrew extended the house in 1905 to become what it looks like today. Andrew passed away not long after and his brother James moved his family from Tuggeranong Homestead to Lanyon in 1915. James’s son Andy oversaw Lanyon after his father’s death in 1921. The property was eventually sold to Harry Osborne in 1926 and then to Thomas Field on 1930. The Field family implemented many changes to the property, including modern farming methods, large scale pasture improvements and irrigation of lucerne. In 1974 Lanyon was resumed by the Commonwealth in accordance with the development of Tuggeranong ‘township’. Today the homestead is Heritage listed and is managed as a house museum with the property still used for farming. In 1980 a purpose-built gallery was built within the grounds to house and display the artwork of Sir Sidney Nolan.

The first pastoralists to settle in the broad valleys at the southern end of the catchment were in the 1830’s. They faced a struggle to establish themselves in a remote area subject to severe weather. Today the story of their efforts is told by the fences, yards, ruins and homesteads that remain. This area is now a part of the Namadgi National Park. The Orroral Valley is one of the principal locations of European settlement of the mountainous region west of the Murrumbidgee River. The broader Orroral settlement contains particular elements that have significant social associations with well-known local identities including William Herbert, Charles and Archibald McKeahnie, and the Cunningham’s.

Construction of the woolshed in the late 1920’s marked the shift in pastoral activity from cattle to sheep in the Orroral Valley and was also associated with the end of the Cunningham era at Lanyon and Tuggeranong, for with the death of Andrew Cunningham’ in 1848 the properties were sold and the estate distributed among the family. In the 1860’s fortune seekers travelled the Kiandra gold trail from Tharwa to Yaouk. Parts of the trail are still visible in the Gudgenby area.

The two most tangible examples of European cultural heritage within the Tidbinbilla Valley are Nil Desperandum and the Rock Valley Homestead. These structures are excellent examples of early rural buildings built using the pisé technique, the ramming or compacting of earth into a temporary framework. Both structures were built by George Green and George Hatcliff who first settled in the area in 1884 and were employed on a number of properties within the area for shearing, crutching, mustering and dipping sheep, planting tress, erecting fences and building houses.

Both Nil Desperandum and Rock Valley Homesteads were severely damaged in the 2003 Canberra bushfires and required urgent remedial action to conserve and protect the remaining pisé and structural elements of the buildings. Prior to the 2003 fires, Nil Desperandum was the most intact example of a pisé vernacular building constructed by Hatcliff and Green. Constructed in 1896, the building remains as a prime example of one of a disappearing typology. The building and surrounding area are highly valued by the Tidbinbilla Pioneers Association and descendants of former occupants.

The precinct includes the site of possibly the most culturally significant eucalyptus distillery in the ACT. It also provides evidence of early biological research and fauna conservation in the old koala enclosure near Hurdle Creek.

The Nil Desperandum property was first occupied by Henry French Gillman and was later purchased by H. C. A. Reid of Tidbinbilla Station in the 1930’s and subsequently leased to George Green’s daughter Elsie Jane and her husband Eric Blewiit. After the untimely death of Eric in 1949 the property became a weekender and hobby farm for the Gilmour family who established gardens, tree plots and a camellia plantation.

The property was one of the last in the ACT to lose its freehold status and following resumption in 1988 was included into the Tidbinbilla Nature Reserve. The establishment of Tidbinbilla as a nature reserve started in 1936 when 8.10 km² of land was set aside as public reserve and by the 1940’s a koala habitat was built by the Institute of Anatomy in the name of research and conservation. From 1962 onwards the Commonwealth Government acquired more land with the aim of establishing a fauna reserve.

Convict labour was widely used in the region, and the first bushrangers in the region were runaway convicts. John Tennant was the earliest and best-known bushranger of the region, and lived in a hideout on a mountain behind Tharwa, now known as Mt Tennant. From 1827 he raided the local homesteads stealing stock, food and possessions until his arrest in 1828 by James Ainslie near the Murrumbidgee River in Tuggeranong.
Tennant was later hung for his crimes in Sydney. A significant influx of population and economic activity occurred around the 1850s gold rushes, particularly the Kiandra rush of 1859 to 1860. The gold rushes saw the establishment of communication between Sydney and the region by way of the Cobb & Co coaches, which transported mail and passengers. Bushranger activity continued with the gold rushes. Australian-born bushrangers Ben Hall and the Clarke brothers were active in the area, targeting mail coaches and gold shipments.

With the establishment of Canberra as Australia’s national capital in 1908 and the subsequent implementation of Walter Burley Griffin’s city planning, land within the southern ACT catchment area was slowly being acquired for future development. In 1915 the Cotter Dam was completed as Canberra’s water supply, with the Bendora Dam and Corin Dam being built in the 1960’s.

By the late 1950’s Canberra was growing so rapidly due to the transfer of Public Service departments that newresidential areas were developed by planning four new towns (satellite cities) adjacent t o North and South Canberra. These new towns were built with many of the characteristics of independent cities having their own commercial employment and retail centres and each having the potential to develop its individual character. All cities were to be linked by a comprehensive transportation system including roads, cycle ways and a public transport network to accommodate the needs of a growing population.

The planning for the first new town centre of Woden was underway by 1962. Woden was established 12 km south of Canberra’s Civic Centre and the adjoining valley, Weston Creek was later added to accommodate more than 60,000 people.

Today Woden-Weston Creek is a major employment area with around 8,000 people currently engaged in government administration, retail and service trades activities. In the early 1970s, when approximately twenty families occupied properties in the Tuggeranong valley, the Commonwealth Government compulsorily acquired farming land for the further development of Canberra.

By 1973 the third new town centre was established in Tuggeranong incorporating a series of valleys, ridges and hills to the east of the Murrumbidgee River. The area of Tuggeranong was built to eventually have a population of around 100,000 people.

SACTCG is currently working on several projects in rural ACT including: